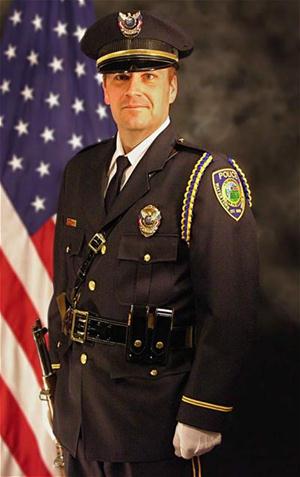 Assistant Chief Ryan Remmers was born and raised in Watertown, South Dakota and is a graduate of Watertown High School. Ryan also holds a Bachelor of Science degree in “Sociology with a Criminal Justice Emphasis” from Northern State University in Aberdeen, South Dakota. He began his career in Law Enforcement as a volunteer Reserve Officer with the Watertown Police Department in 1997. Ryan started full-time with the WPD in 1999. In April of 2000, Ryan received the Coler-Williams Award, while attending the Law Enforcement Training Academy’s basic certification class in Pierre, South Dakota. He became a Field Training Officer in 2002 and was an active member of the department’s Bicycle Patrol and SWAT team.

Ryan was promoted to Sergeant in 2006, and as part of his duties supervised a Patrol Division squad and managed the department’s Field Training Program. Ryan was promoted to Captain in January of 2008 and was assigned to the Administrative Services Division, where his responsibilities included managing the department's 911 center and records office, conducting internal investigations, coordinating the field training program, and managing the budget. In late 2009, Ryan was transferred to the Criminal Investigative Division, where he managed the department's crime prevention programs and supervised the school resource officers and detectives.

In 2011, Ryan was transferred to the newly created Professional Standards division, where his responsibilities included training, grant writing and research, monthly and annual statistical reports, internal investigations, and coordinating the Citizens' Police Academy.  In June of 2019, Ryan was transferred to the Support Services Division, where he managed the 911 Center, the Records Office, and facility maintenance.

In April 2021, Ryan was promoted to Assistant Chief where he currently supervises the Administrative, Criminal Investigative, and Patrol Divisions along with managing the Records Office and 911 Center.
Ryan and his wife Sherri enjoy the friendly atmosphere and lifestyle that Watertown provides, and find that it is a great place to raise their four children.