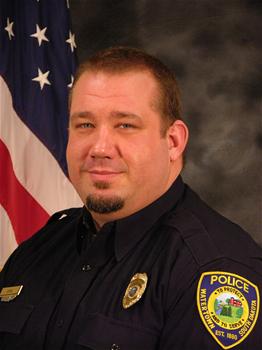 Chad Stahl was born in Watertown, SD.  He was raised in Mitchell, SD where he graduated from Mitchell High School. He eventually returned to Watertown and began his career in Law Enforcement as a Patrol Officer in July of 2003. In January of 2007, Chad became a Corporal and assisted with the supervision of a Patrol Division squad. In September of 2007, Chad was assigned to the Detective Division as a Narcotics Investigator. Chad was promoted to Sergeant in May of 2013 where he supervised a Patrol Division Squad. In July of 2014, he returned to the Detective Division where he supervised a squad of detectives. While in the Detective Division, Chad took part in hundreds of investigations ranging from drug distribution and property crimes, to conducting and supervising crimes against people to include sexual assault and homicide investigations. Chad was also an integral part of a multi-year federal investigation named “Operation Black Widow”.

In April of 2021, Chad was promoted to his current position of Patrol Captain.

In his free time, Chad enjoys lifting weights, playing softball, golfing and spending time outdoors. Chad has also spent many years coaching youth sports where he enjoyed encouraging and showing them how they can work hard and achieve their goals while still having fun.