Purpose of Facility
The Phosphorus Removal Facility: the place on Lake Kampeska where science comes to life and experimentation runs freely. The purpose of this cutting-edge experiment was to remove excess nutrients, specifically phosphorus, from Lake Kampeska in a cost-efficient manner. Nutrient is the word used in the literature for phosphorus, nitrogen - any fertilizer. Nutrients are not inherently bad stuff. Too much fertilizer grows too much algae which 'blooms' with a sick green slime. Dying algae takes all of the oxygen from the water leaving dead zones.

Watershed project work continues to reduce nutrients reaching the lake. However, the physical formation of the lake causes it to function as a silt trap. Once nutrients have entered the lake, it is very difficult to remove them. With the opportunity to utilize a decommissioned water filtration plant as the backbone of the system, the objective was to discover and refine the process using natural organics and a minimum of chemicals.

History of Facility
Watertown's water treatment facility was built on land donated by the Mellette Family. The land is located on the south side of Lake Kampeska, Codington County, SD. The water franchise authorizing construction of Watertown's waterworks plant and distribution system was adopted July 18, 1887. (Albrook, P.J. Electricity, Water, Gas, Steam Heat in Watertown, SD, August 1975). In September, 2006, the plant was put on standby and later decommissioned when the new water facility was up and running. Until then, some of Watertown's drinking water came from Lake Kampeska. The current water supply comes entirely from wells on the Big Sioux Aquifer north of Watertown. In 2013, bids were taken to reconstruct portions of the old facility to use a 100,000 gallon tank as a growth chamber. Pumps, piping and 3,500 red and blue LED lights were installed to provide the necessary environment for algae growth.

How the Facility Works
The experiment used organic, mechanical and chemical processes to reduce nutrients from the lake water. Nutrient rich water was pumped into the growth chamber and allowed time for growing natural species of algae to consume the nutrients. Carbon dioxide was added to the water column to reduce the pH level, improving the efficiency of the algae and the iron sands filters. Small amounts of nitrogen fertilizer was added to the growth chamber to provide the optimum nutrient ration for algae growth. From this point the water was pumped through a sock filter where suspended particles down to 25 microns are caught. Next the water passed through a filter tank filled with iron sands where the unused dissolved phosphate ions are trapped by reacting with the iron, creating ferric oxide. The water was passed through the plant's original sand filters, catching any remaining solids and was released back into the lake with a lower level of nutrients (specifically phosphorus.) 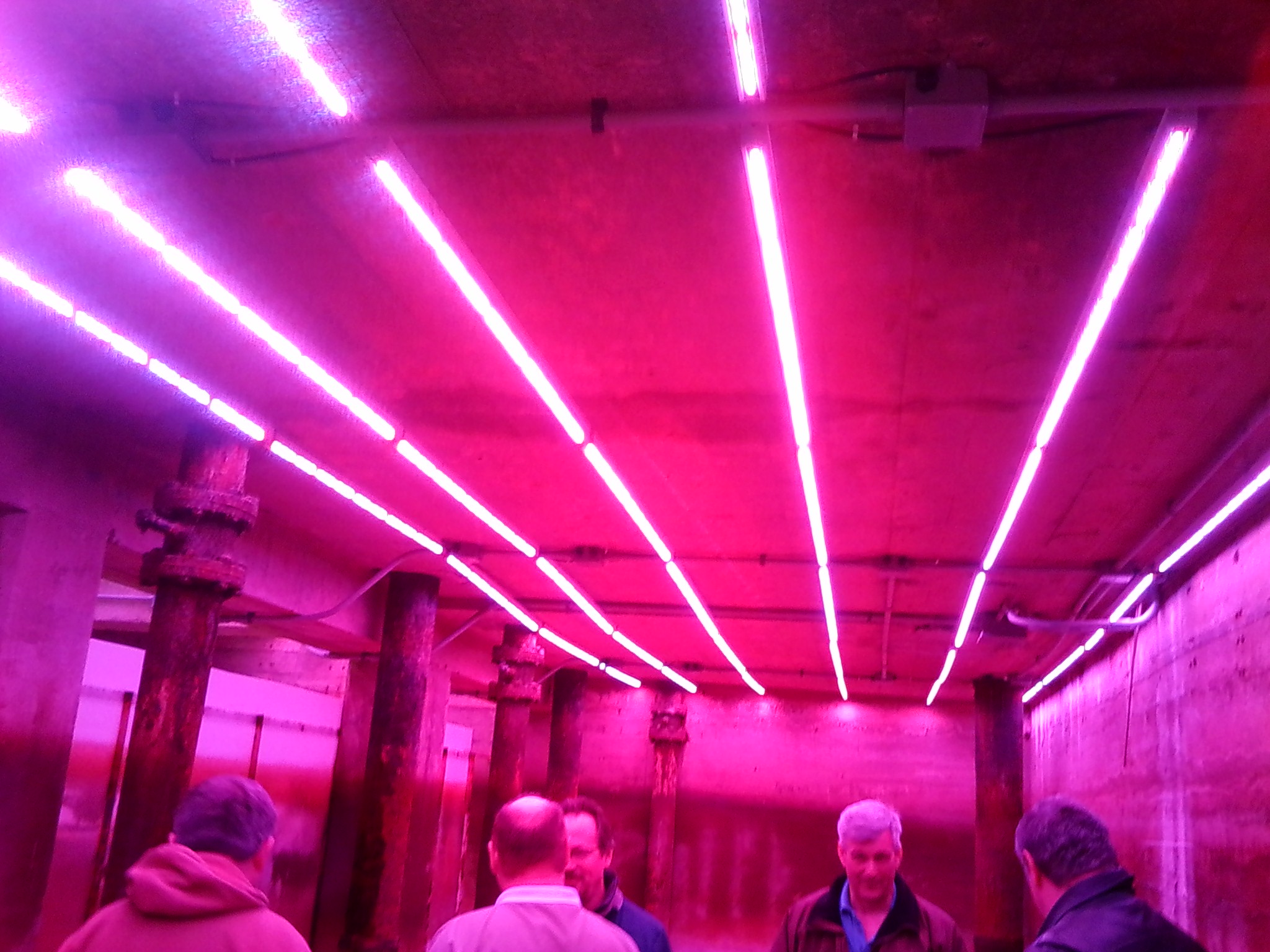 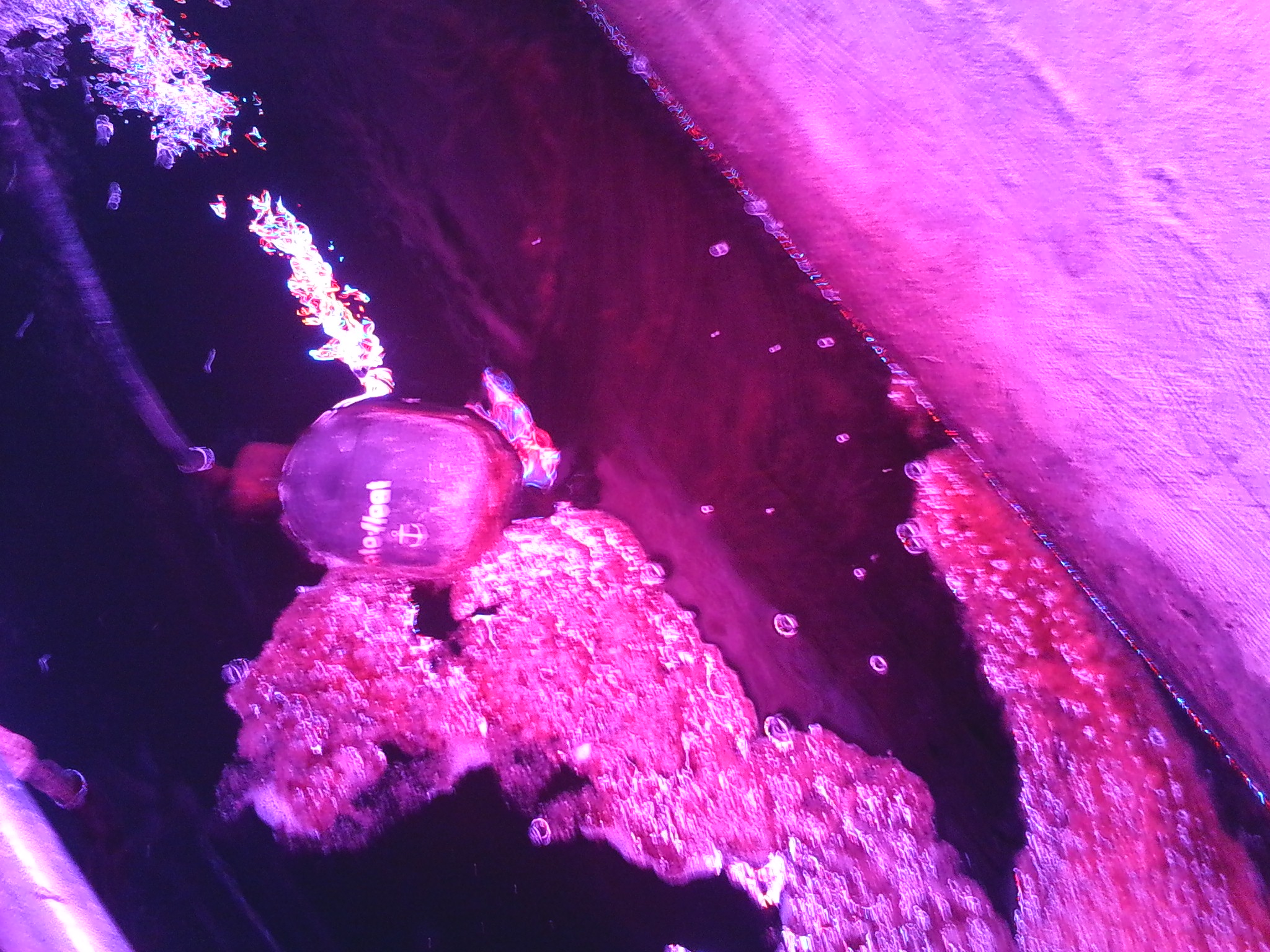 Watch for new uses for this facility in the future!
Decrease of Phosphorus Resulting in a Cleaner Lake Kampeska
Many methods of removing phosphorus exist on the lab scale. However, when applied to the scale of Lake Kampeska, they can be cost prohibitive. Scientists have developed smaller-scale algae experiments but this was the first known attempt at a large-scale development and reduction process. This process will be used as a template for other impaired water bodies with similar unused facilities, or as a model for other projects. There is world-wide interest in the process and success of this project.

Production of Marketable Algae
At the 2014 Algae Biomass Summit in San Diego, staff was made more aware of the demand for algae, a natural by-product of the process. Japan, in the process of decreasing nuclear energy production, generates a huge demand for algae that will produce hydrogen to be used as an energy source. Saudi Arabia wants large-scale algae production to provide needed protein for animal and human consumption. Biofuels are currently being developed from different species of algae. A firm in Georgia has developed a method of turning algae into bio-degradable plastics and cannot meet demand. Algae has a future in the cosmetic industry and in the fertilizer industry as well.